You are here: Home » Welcome » Our Clergy 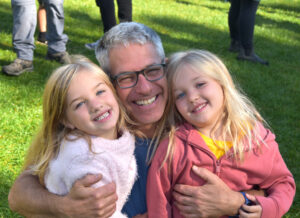 Rabbi Alter has served CBINT since 2018.

Ordained at Jewish Theological Seminary (JTS) in New York in 1996, Rabbi Alter began his rabbinic career as a teacher, administrator, and school rabbi in Jewish day schools in DC, Baltimore, and Boston. He returned to New York to recruit new rabbis and cantors to JTS as its director of admissions, focusing on the American Jewish community’s contemporary religious needs. Rabbi Alter moved to Milwaukee with his twin daughters, Ayelet and Annael, to lead a congregation for the first time.

Rabbi Alter is a product of Jewish day school and Camp Ramah education, earned his BA from Columbia University, his ordination and a Master’s degree in Jewish Education from JTS, and additional training in leadership from JTS and the Hartman Institute. He has served in an advisory capacity with national Jewish LGBTQ organizations.

Beth Israel Ner Tamid’s multigenerational aspect, community bonds, devotion to Jewish education and tradition, Zionism, and generosity combine to give it the strength that draws Rabbi Alter to serve enthusiastically. He regards his partnership with Hazzan Stein to be a privilege and a joy. Rabbi Alter brings a teacher’s voice to his rabbinic work along with a deeply ingrained sense that Judaism and Jewish community need always to show a welcoming face.

Rabbi Alter devotes his time and attention to the diverse needs of our growing community, with special attention to pastoral care, our culture of prayer, and our institutional future. He is particularly proud to see our Chesed Committee reestablished, and our congregational Shabbaton restored to its essential place in our congregational calendar. A gay man, Rabbi Alter has made LGBTQ Jews more visible in our community. He is also working to deepen our involvement in addressing the steep racial and economic challenges that have long plagued Milwaukee.

Rabbi Alter loves Milwaukee’s easy access to beautiful outdoor spaces, great culture and restaurants, and seasons that look and feel the way they should-even if they could be spaced more evenly. He loves to cook and host and is nearly always up for a walk. 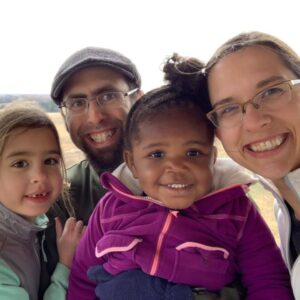 A native of Pawtucket, Rhode Island, Hazzan Stein studied flute and arranging at Berklee College of Music in Boston, Massachusetts. After graduating, he toured with his jazz/rock band Flutopia. In addition to performing with his band, Hazzan Stein played on film scores, composed radio jingles, and performed at countless Jewish weddings.

In 2009, Hazzan Stein graduated from the H. L. Miller Cantorial School and College of Jewish Music at the Jewish Theological Seminary. While in Cantorial School, Hazzan Stein combined his passion for jazz, folk and pop with his love of Jewish music, composing melodies rooted in Jewish musical tradition with a modern flair. For his efforts, Hazzan Stein was awarded the Max and Sol Feld Prize in composition for two consecutive years. In his final year at JTS, Hazzan Stein traveled to London and Israel to conduct field research for his thesis comparing the musical traditions of the Jews of Yemen and Aden.

Hazzan Stein ́s performances have taken him to such stages as Carnegie Hall and the Original House of Blues in Boston. He has performed many times with The Zamir Choral Foundation, sharing the stage with perennial Jewish performers Theodore Bikel and Debbie Friedman. Hazzan Stein is a passionate, dedicated teacher and enjoys working with congregants of all ages. In 2015, Hazzan Stein completed a Master of Jewish Education through the Davidson School at the Jewish Theological Seminary. His thesis was entitled “Sacred Destination, Many Paths: Differentiated B’nei Mitzvah Teaching” in which he explored approaches to teaching B’nei Mitzvah students with different learning styles.

Hazzan Stein is a regular volunteer at the Milwaukee Jewish Home and Care Center, visiting and serenading Milwaukee’s seniors with classics from Israel, Yiddish theater, and the Great American Songbook. Hazzan Stein lives with his wife Amanda whom he met on his first full day in Milwaukee. They are proud parents of daughters Mirit and Hadas. A lifelong New England sports fan, Hazzan Stein has quickly become an avid fan of the Milwaukee Bucks.